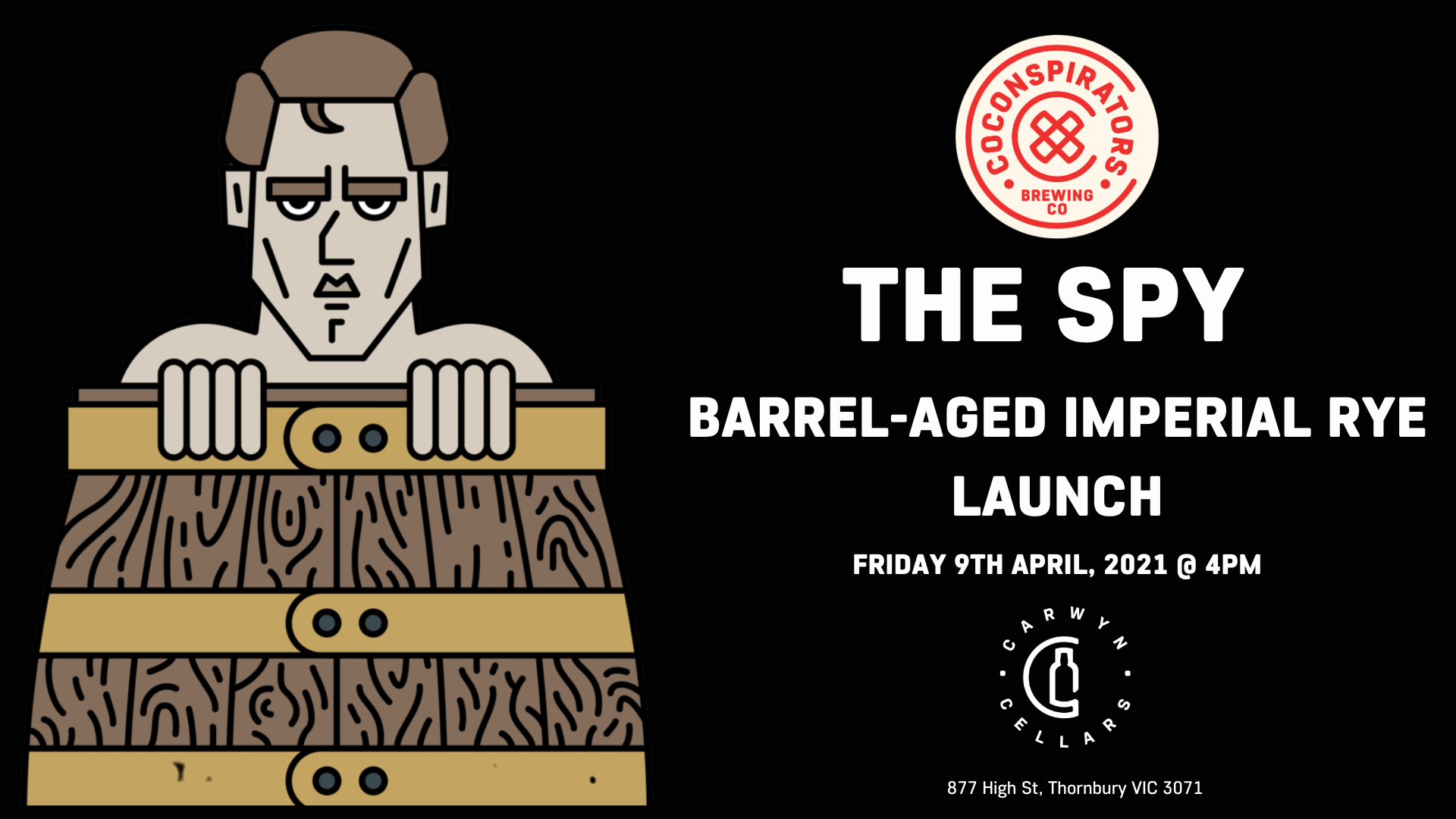 Introducing The Spy Imperial Rye!
Keeping secrets is all part of the spy’s plan, and this one’s been kept for nearly two years. A hefty imperial rye aged separately in old Aquavit, Sherry and Port barrels that blends together so perfectly you won’t know whose side he is really on. After the journey he has had, we’re not even sure he knows any more.

We have conspired with team at Carwyn Cellars and we are releasing the beer on Friday 9th April from 4pm. Beer available for purchase from Midday

Also on tap – The Matriarch, The Bootlegger, The Detective, The Mechanic and The Enforcer